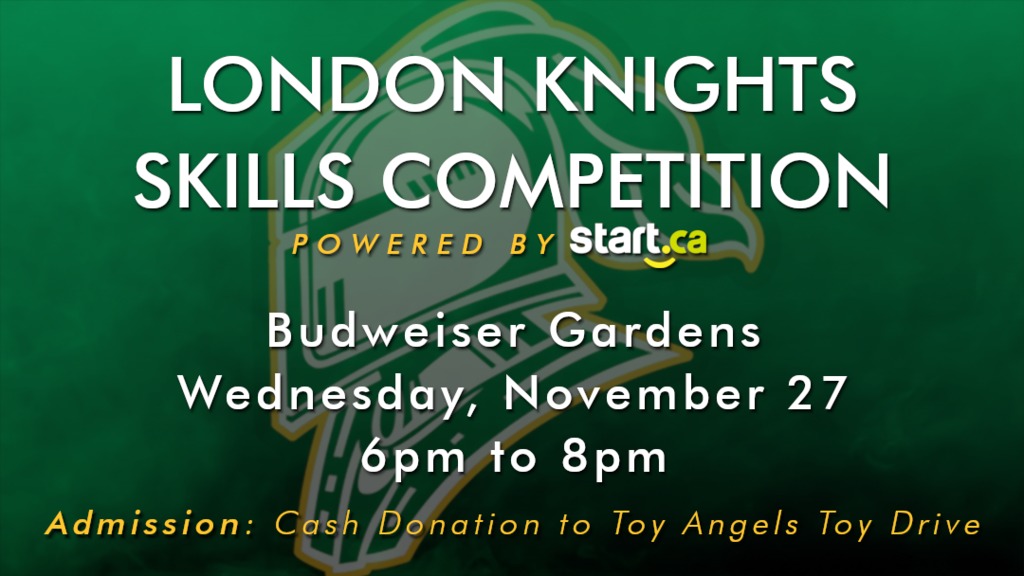 The format of the competition will be team based featuring four teams led by your 2019/2020 London Knights captains. Each event will feature one representative from each team competing to earn points for their team. At the end of the events, the team with the most points will be crowned the 2019 London Knights Skills Competition Champions.

The teams competing in the event are:

The London Knights goalies, Brett Brochu and Dylan Myskiw, will be participating as individuals in the Skills Relay and Elimination Shootout.

Admission to the event will be a cash donation to the Toy Angels Toy Drive. Spectators are asked to enter the building through Gates 1 and 4.

Where: Budweiser Gardens. Entry through Gates 1 and 4

There’s magic inside every gift on Christmas morning. Need proof? Just watch a child’s eyes light up with joy as they open it. That joy is yours to give with Toy Angels.

Start.ca, and other community partners, will be collecting new unwrapped toy donations on Tuesday December 17 and deliver them to the Salvation Army Christmas Hamper Program.

New unwrapped toys can also be dropped off at multiple locations throughout the city of London and its surrounding area including: