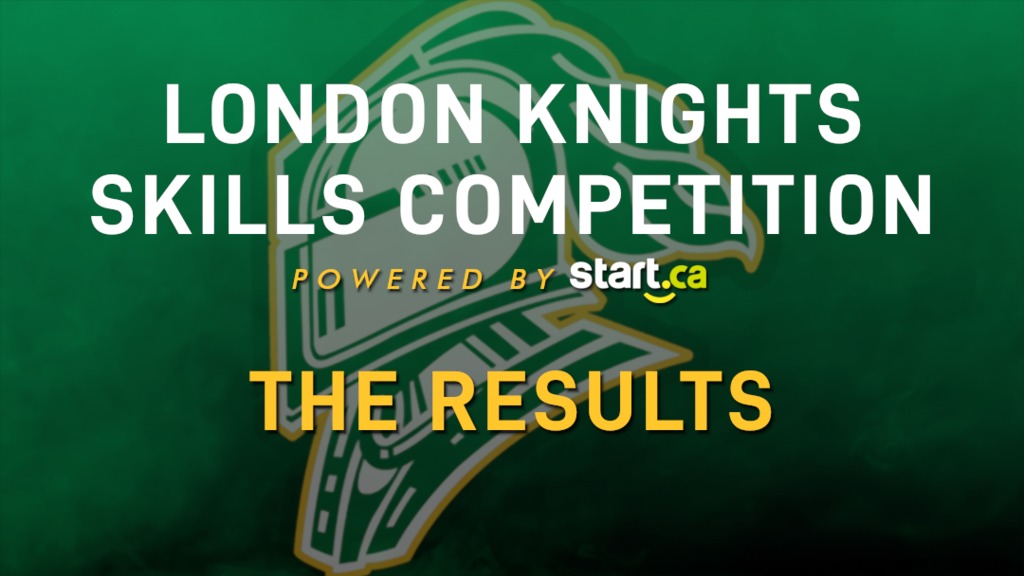 London Knights players competed in four teams captained by this season’s leadership group. Each team was awarded points based on how they finished in each event. 5 points were awarded to first place, 3 to second, and 1 to third.

The results for the event are as follows:

Players were given three attempts to record their hardest shot.

Players had 30 seconds to hit four targets, one in each corner of the net.

Players skated a single timed lap around the perimeter of the ice.

All players from each team maneuvered a series of obstacles and then tried to score on one of our London Knights goalies. The team were ranked based on their final time.

Each player attempted a shootout style shot at a London Knights goalie. Players that scored moved on to the next round until only one player remained.

After the points were totaled, Team Regula was named the winners of the 2019 London Knights Skills Competition powered by Start.ca

London Knights goalies, Brett Brochu and Dylan Myskiw, competed against each other to have the most saves throughout the duration of the event.

Brett Brochu was awarded the Top Goaltender of the event with 21 total saves.

PATRICK KANE'S NUMBER 88 RAISED TO THE RAFTERS
9 hours ago