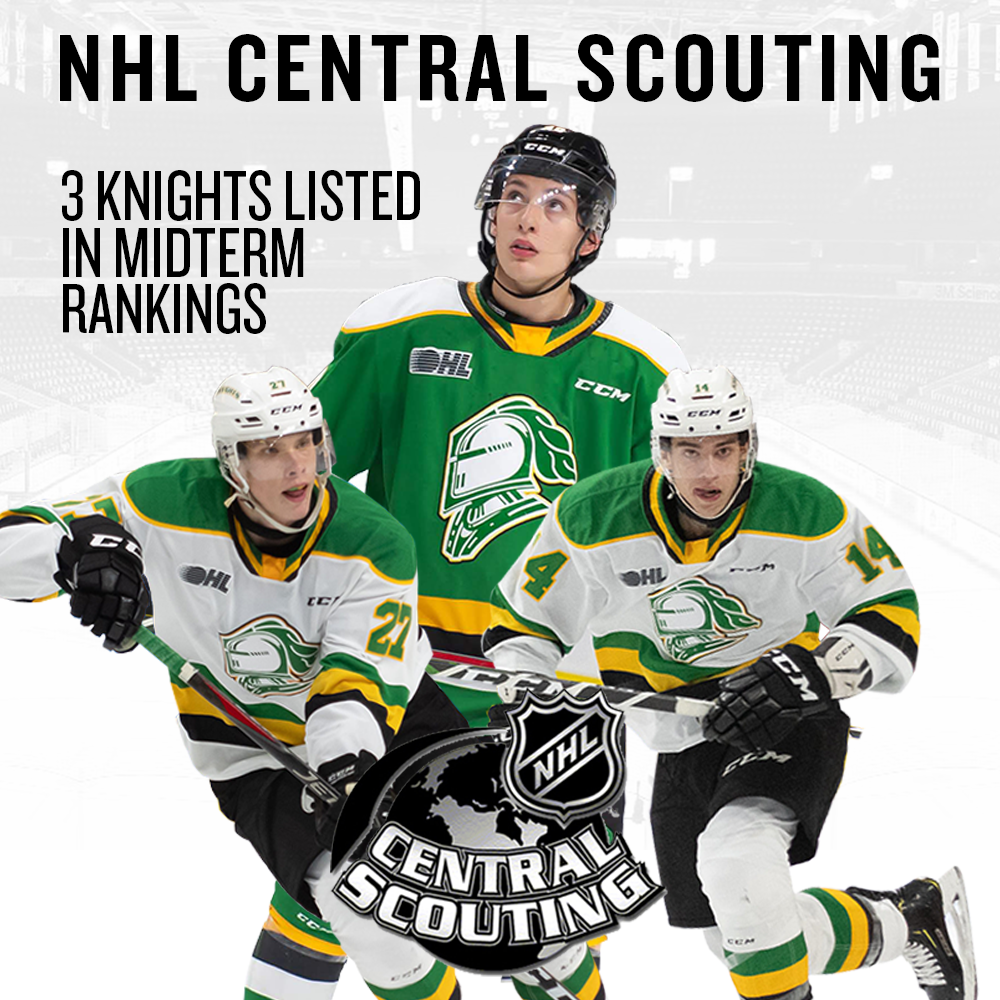 In terms of raw skill, few players in this draft can match Antonio Stranges. The Plymouth, MI native has continued to be a human highlight reel this season after his shootout antics went viral last year. His unique skating style and high-level puck-handling ability make him one of the most intriguing players to watch in junior. 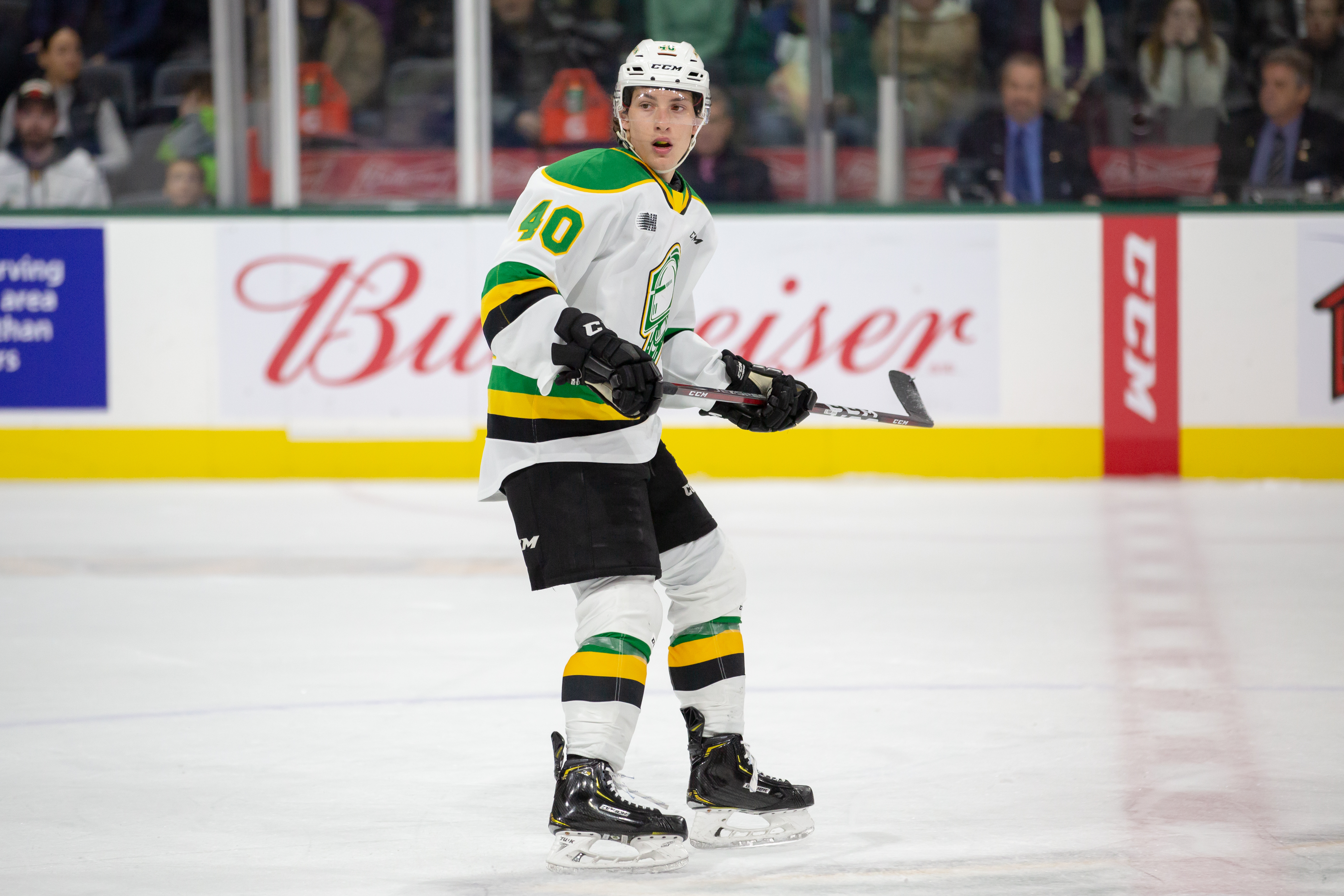 After a quiet rookie season, Luke Evangelista has exploded to a point-per-game pace this year. He has played wing on Connor McMichael’s line for most of the season, forming an effective duo with the 2020 IIHF World Junior Championship gold medalist. Although the Capitals’ first round pick has stolen most of the headlines this year, Evangelista has made himself no stranger to catching eyes. His first OHL goal sparked his first career hat trick in October vs. Kingston.

Evangelista joined Stranges at the CHL Kubota Top Prospects Game where both players collected a point. 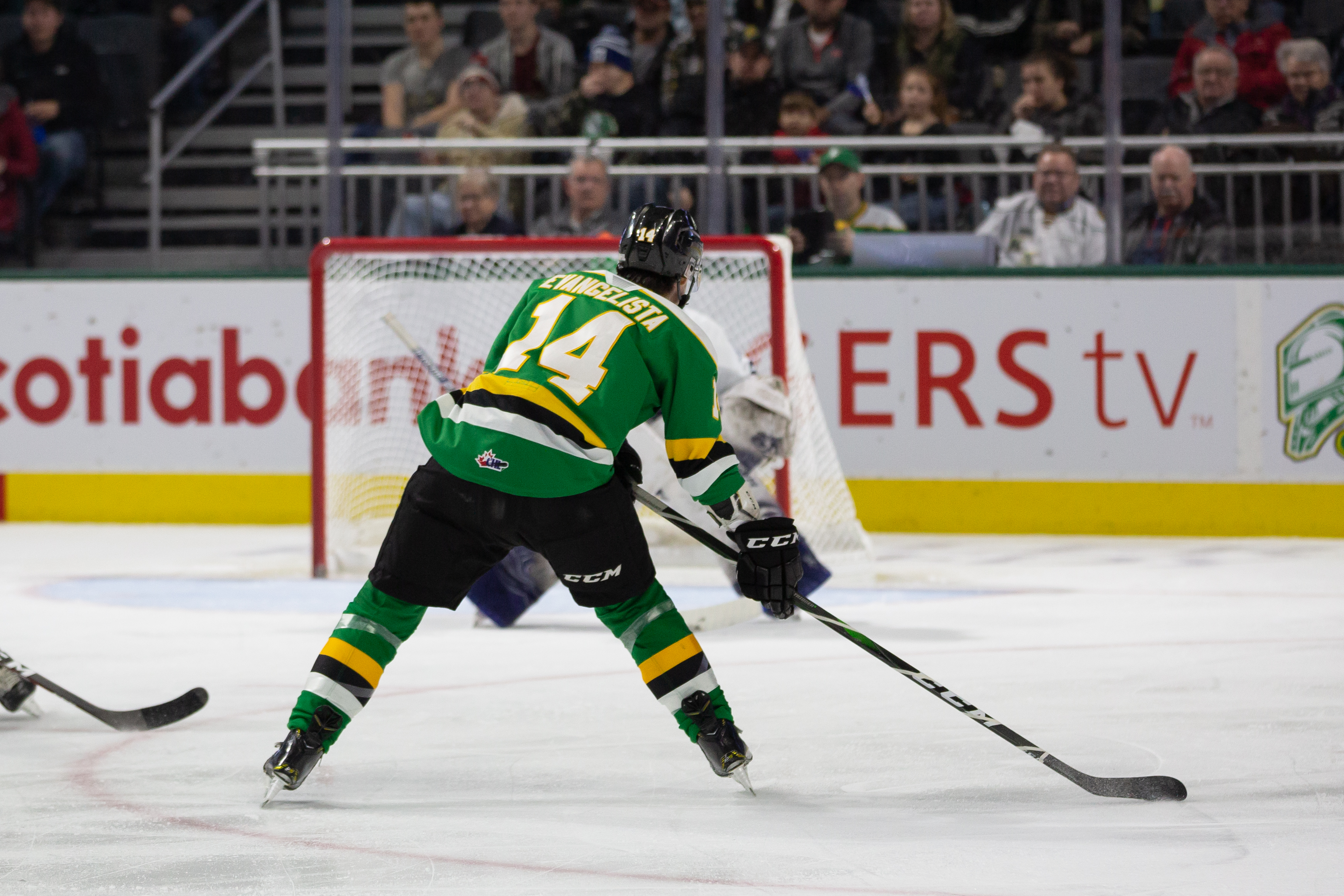 Kirill Steklov has impressed in a smaller sample size so far for the Knights. The defenceman, who moved to Russia at age 10 after being born in Estonia, has been impressive on the back-end through the first half of the season. He scored his first goal in November to go with his four assists.

The rookie has drawn comparisons to former Knight Olli Maatta from Assistant Coach Dylan Hunter. Speaking to Ryan Pyette of the London Free Press, Hunter said, “To me, Kirill is like an Olli Maatta. He believes in what we’re doing and he shows his character. He could go up and down the ice in a race car and get as many points as he can, but he understands for us to win right now, he has to play as good defensively as he is able.”

Steklov has represented Russia at the U16, U17, and U18 level, recently competing in the World Junior A Challenge in British Columbia, where Russia won their first ever gold medal. 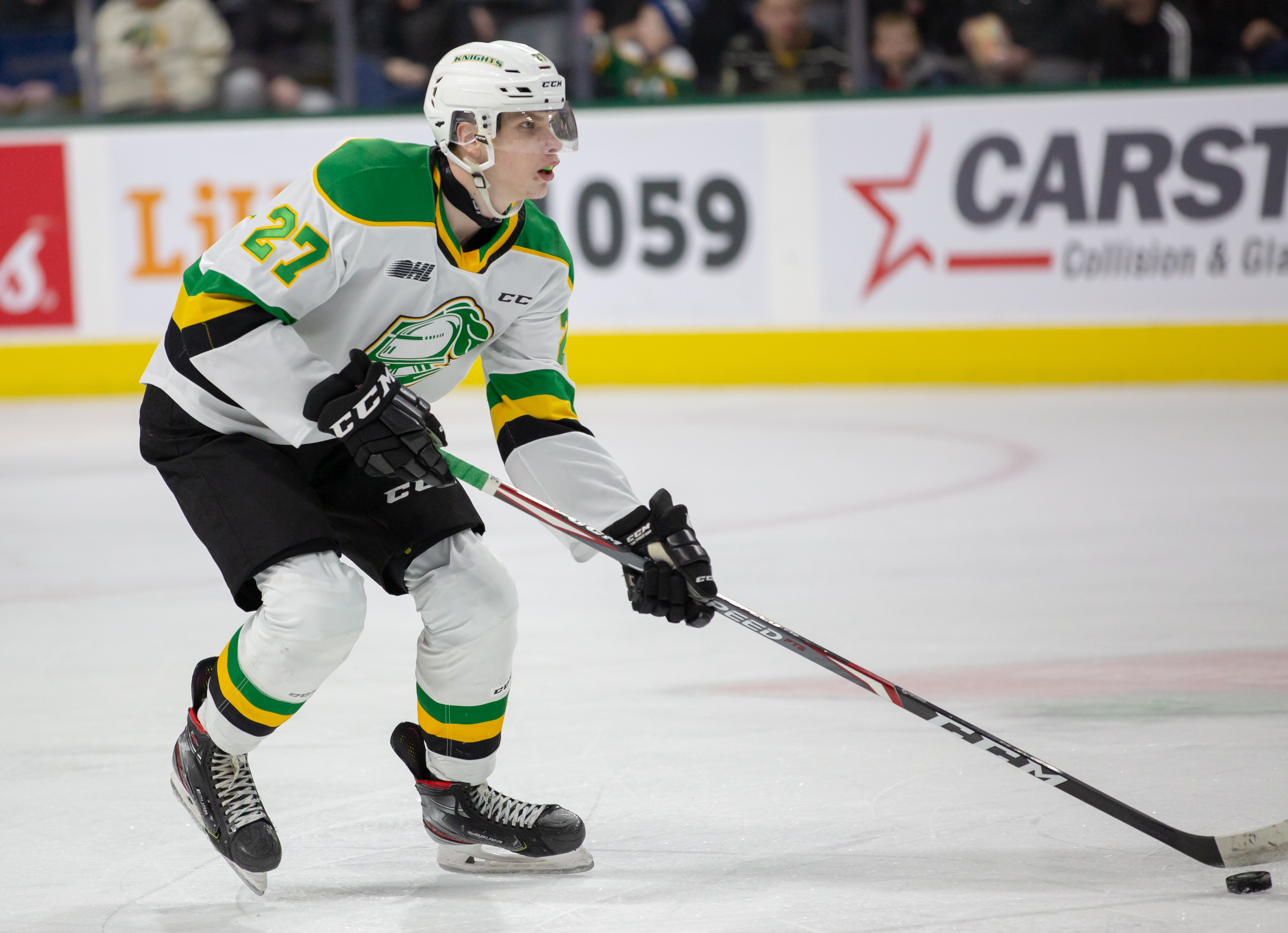