BOUCHARD AND FORMENTON ASSIGNED TO LONDON 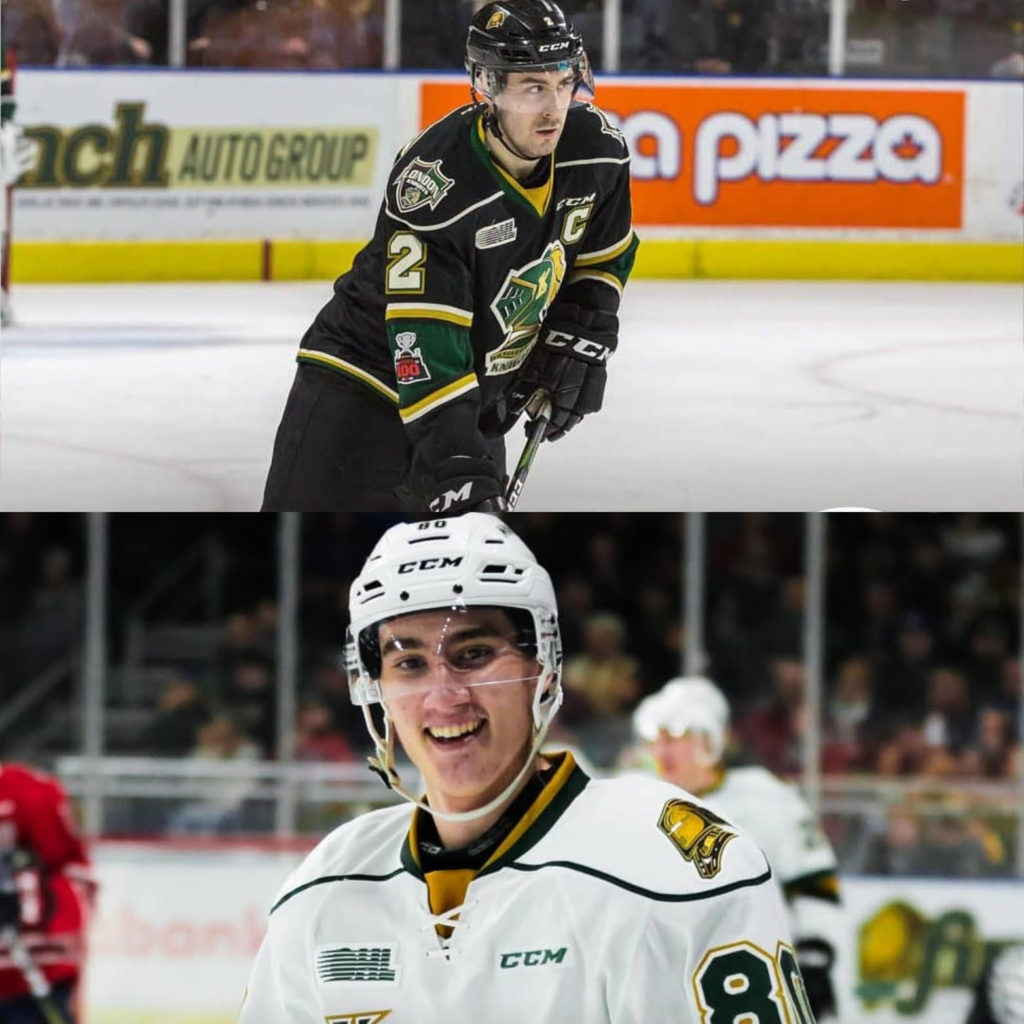 The London Knights are pleased to announce that Evan Bouchard (Edmonton
Oilers) and Alex Formenton (Ottawa Senators) have been assigned by their
respective NHL teams, back to the London Knights.

“We are very excited to welcome back both Evan and Alex for this season,” said
Knights’ General Manager, Mark Hunter. “We are proud of what they were able
to accomplish in the National Hockey League and we welcome them back with
great enthusiasm.”

Bouchard, the Knights’ leading scorer from the 2017-2018 season, will return to
London after starting the season in Edmonton. As the Oilers’ first round selection in
the 2018 NHL Entry Draft, the 10th overall pick appeared in seven games, scoring
his first NHL goal against the Washington Capitals on October 25th.

Formenton, a King City, ON native, was originally drafted by the Ottawa
Senators in the second round, 47th overall of the 2017 NHL Entry Draft. This was
Formenton’s second stint in the NHL as he appeared in one game for the Senators
in the 2017-2018 season, following that up with playing in nine to start this
season. He scored his first NHL goal against the Arizona Coyotes on October
30th.

PATRICK KANE'S NUMBER 88 RAISED TO THE RAFTERS
13 hours ago