BROCHU NAMED OHL GOALTENDER OF THE MONTH FOR FEBRUARY 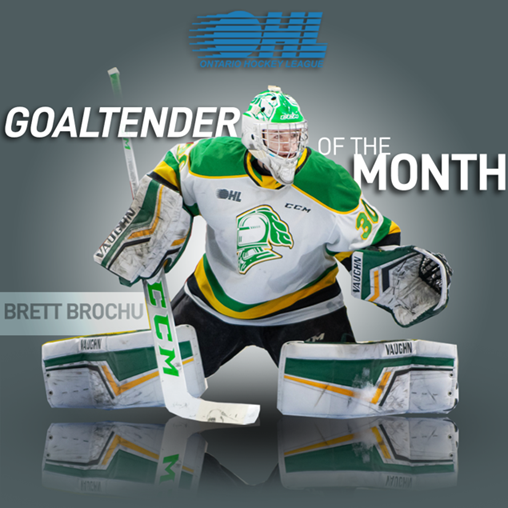 For the seventeen-year-old from Tilbury, his record speaks for itself. With 39 games played this year, Brochu has won 29. Not only is that a franchise record for wins by a rookie goaltender, it surpasses all other rookie goaltenders in the OHL this season by a wide margin. Xavier Medina is second with 17. In the month of February, Brochu had a win percentage of 87.5% and finished a streak where he won 13 straight.

Aside from wins, Brochu touts a 2.50 goals-against average (second among goaltenders with as many games played as him), and the third-best save percentage among active goaltenders with a .918. His incredible poise under pressure and level of comfort in an OHL crease causes disbelief when people are informed that less than eight months ago, he was playing for a Junior C team in Dresden.

Regardless of what happens next, his performance so far is remarkable and should be appreciated for what it is. A young man with incredible pressure from the largest franchise in the OHL has done better than anyone could have hoped. There will be many more reasons to celebrate by the end of the season, but what Brochu has done so far should always be applauded. 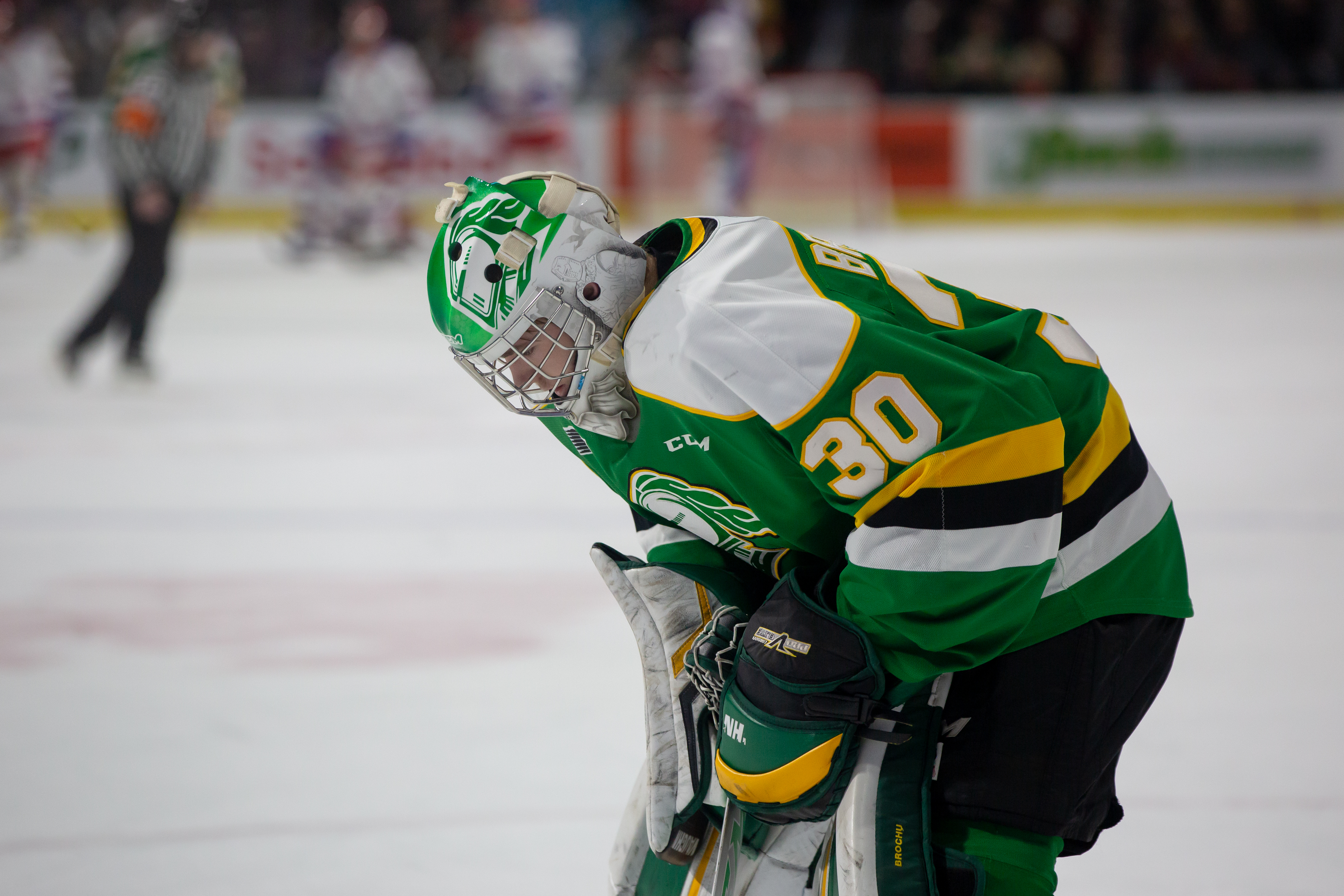