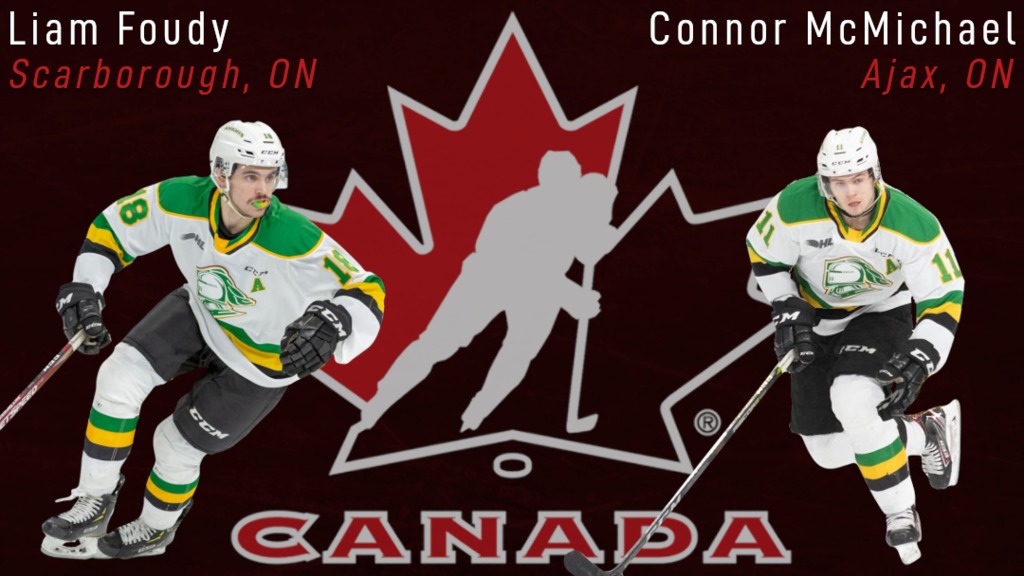 On Monday, December 2nd, it was announced that London Knights’ forwards Liam Foudy and Connor McMichael were named to Team Canada’s National Junior Team Selection Camp that will take place in Oakville beginning next week.

It has almost become a yearly tradition for London Knights players to trade in their green and gold sweaters for a red and white at this time of year. Both Liam Foudy and Connor McMichael will pull on the red and white as they both try to crack Team Canada’s World Junior roster for the first time. Liam Foudy attended camp last year, however, was one of the last cuts from the team.