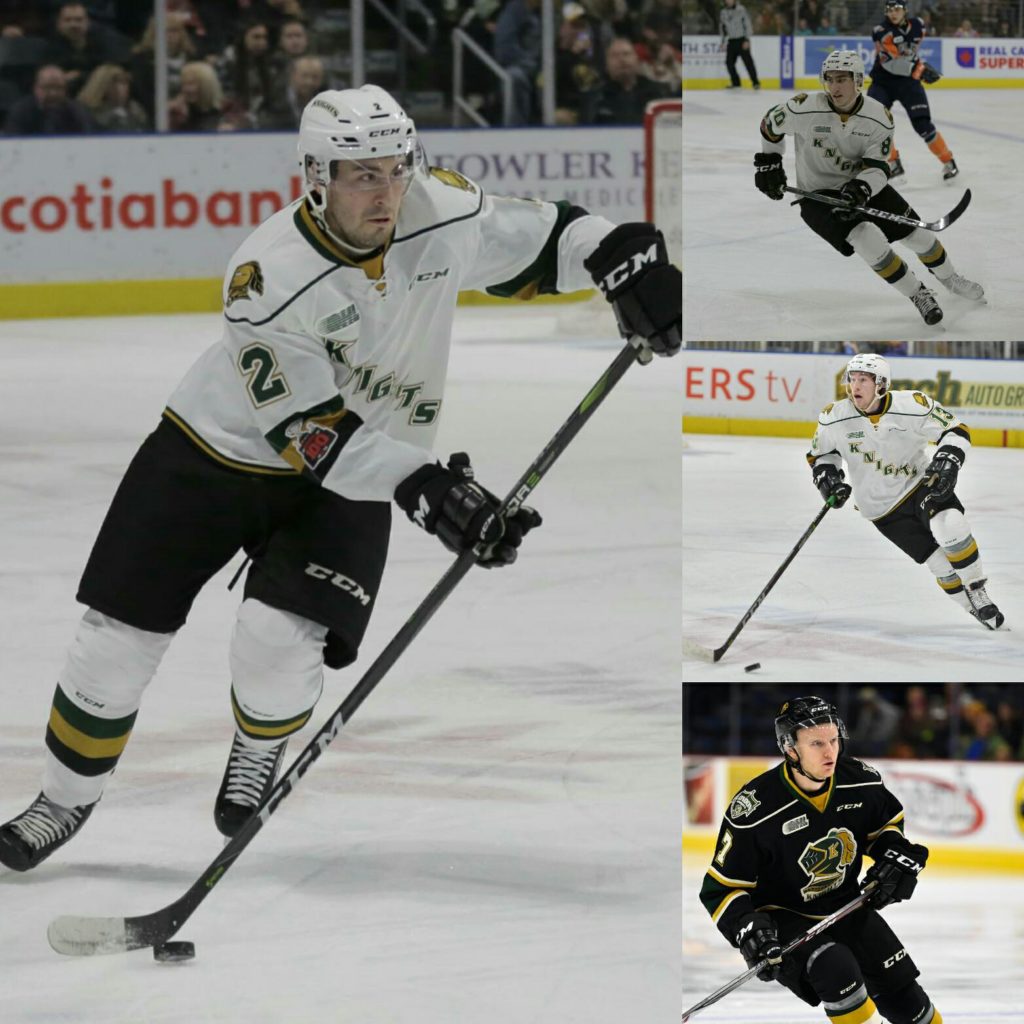 The London Knights have announced their leadership group for the remainder of the 2017-2018 season.  Evan Bouchard has been named captain, with Alex Formenton, Tyler Rollo, and Shane Collins serving as alternate captains.

Bouchard, who is in his third season in London, is currently the longest tenured Knight on the team.  The Oakville, Ontario native is in his NHL draft year, where he is currently rated as an ‘A’ level prospect by NHL Central Scouting.  The standout blueliner is currently leading all OHL defensemen in scoring.  Bouchard was originally selected by the Knights in the first round of the 2015 OHL Priority Selection, 17th overall.

“Evan has been a tremendous leader for this team, not just this year, but since he started with the franchise,” said Knights’ General Manager, Rob Simpson.  “With Evan’s experience around the team, and in the city as well, he will be a fantastic representative for our organization.  We are excited to see him lead this team and excel in this role.”

Formenton, a native of King City, Ontario, is in his second full season with the Knights.  The Ottawa Senators’ second round pick in the 2017 NHL Entry Draft just won gold with Team Canada at the 2018 IIHF World Junior Championship.  During the offseason, Formenton signed his entry level contract with the Ottawa Senators.

Rollo, a native of Burlington, Ontario, is in his first season with the Knights.  The overage forward was acquired by London at the start of the 2017-2018 season from the Peterborough Petes.  The versatile forward has been a standout leader for the team’s younger forwards since his acquisition.

Collins, also in the midst of his first season with the Knights, was acquired by London from the Barrie Colts, after being claimed from the Prince George Cougars of the WHL.  The overage defenseman from Rosetown, Saskatchewan, has been a leader among the team’s young blueline since his start with the franchise.

“Having Evan, Alex, Tyler, and Shane lead our team gives us a strong group of talented young men, both on and off the ice”, continued Simpson.  “We are very happy with the performance of these individuals so far through the season and we are confident in their abilities throughout the rest of the year.  We look forward to having these young men represent our organization on the ice and out in the community.” 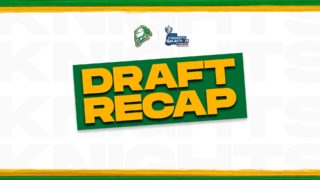