KNIGHTS CLOSE OUT PRE-SEASON IN CLINTON 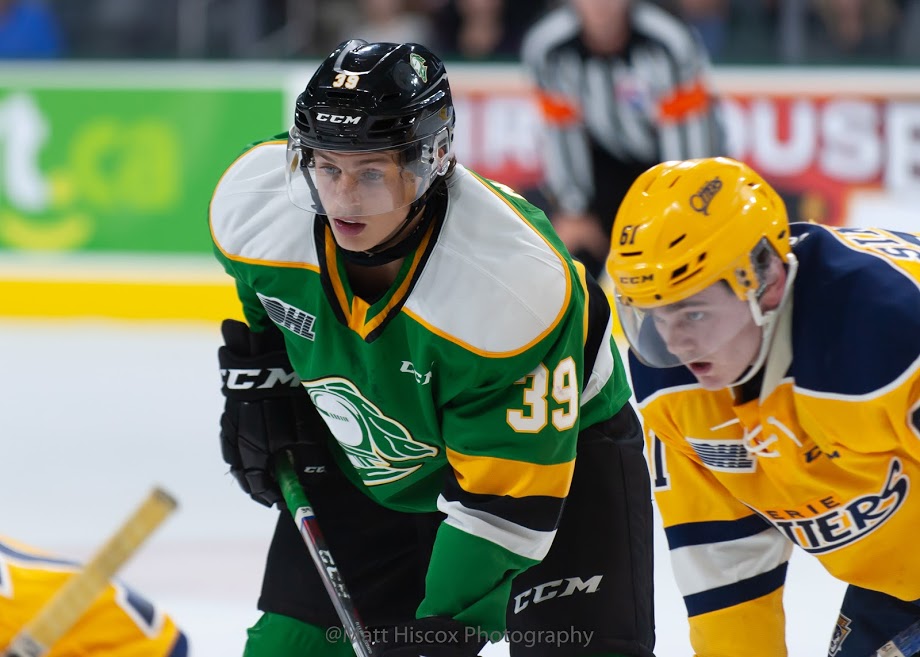 The London Knights wrapped up a 2-2 record in the pre-season with a 7-2 loss to the Erie Otters in Clinton on Saturday night.

The game put an exclamation point on a very successful Hockey Day in Huron County in support of the Tanner Steffler Foundation as more than 1,000 fans packed into the Central Huron Community Centre.

Tanner Steffler lost his battle with substance abuse disorder at the age of 19. He was a musician, an academic and a guy known for having a great sense of humour. His family has been doing what they can to help create more available resources in Huron County for anyone dealing with mental health issues and addiction. They created the Tanner Steffler Foundation in August of 2017 and proceeds from the game between London and Erie along with games played all day at the Clinton Community Centre benefitted the foundation.

The Otters jumped out to a 3-0 first-period lead, striking just 39 seconds into the game on a goal by Brendan Sellan. Brendan Hoffman and Emmett Sproule also scored first-period goals.

Billy Moskal put the Knights on the scoreboard just 33 seconds after the third Erie goal as he swung around from behind the Otters’ net and put a puck past Erie goalie Daniel Murphy.

Moskal cut the Otter lead to one right off the bat in the second period as his centring pass hit an Erie stick and deflected into the net as London put on a push to come back against Erie for the third time in two nights.

Otters’ defenceman Luke Beamish put a wrinkle in that plan with a seeing-eye wrist shot from the right point of the London zone to give Erie a 4-2 advantage.

The Otters outshot the Knights 41-22.