KNIGHTS DEFEAT OTTERS IN A SHOOTOUT 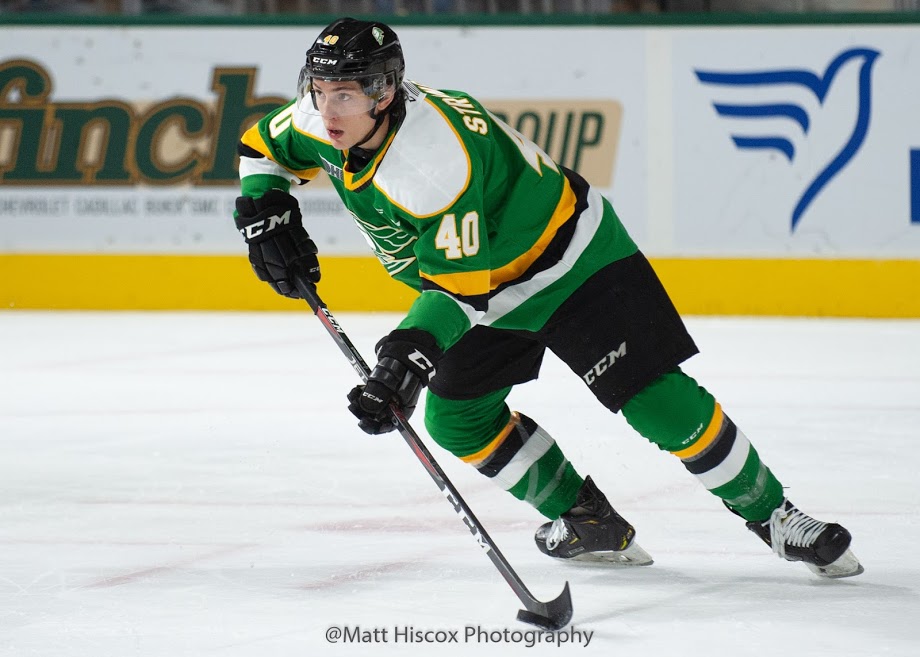 The phrases pre-season and sudden death don’t often wind up in the same sentence.

On Friday night at Budweiser Gardens, they did as the London Knights and the Erie Otters went to sudden death in a shootout in the first of two pre-season games between the teams this weekend.

Luke Evangelista and Max McCue scored shootout goals for London. McCue kept the Knights alive with a smart shot that beat Aidan Campbell of the Otters and then Evangelista deked to his backhand and roofed a puck over Campbell that would stand up as the winner, following one final stop from Knights’ rookie goalie Brett Brochu.

Brochu stopped four of five shots overall in the shootout and 28 of 31 shots he faced during regulation time.

The Otters jumped out to a 2-0 lead by the 1:32 mark of the second period on goals by Brendan Sellan and Brendan Hoffman, but the Knights fought back to tie the game before the end of the second period as Sahil Panwar and Max McCue scored their first goals of the pre-season.

Sellan put Erie ahead with just under eight minutes remaining, but Josh Nelson tied it again with a slippery wrist shot that he fired on goal as he skated across the Erie blue line.

The victory gave the Knights a 2-0 record in their two exhibition games at Budweiser Gardens.