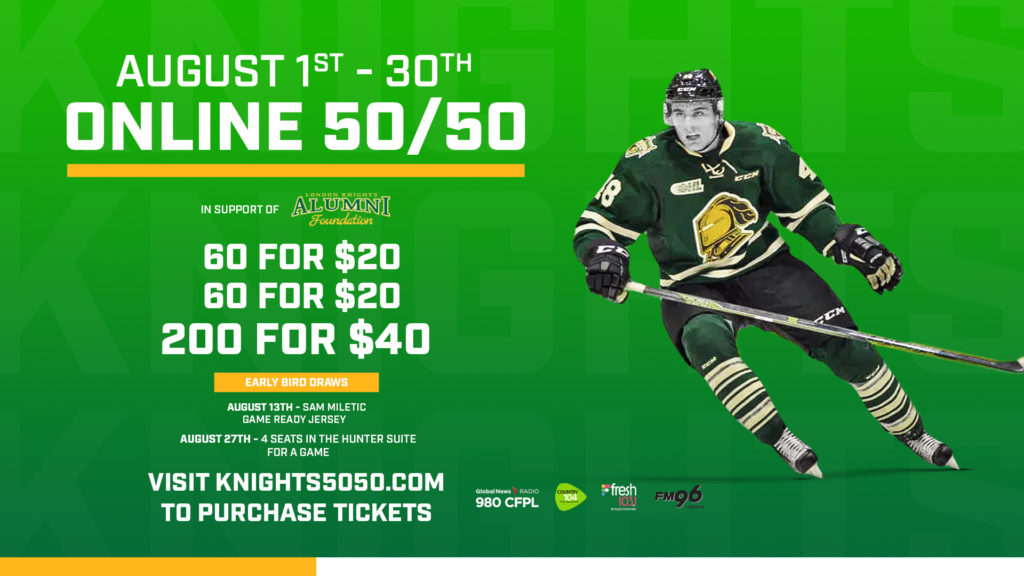 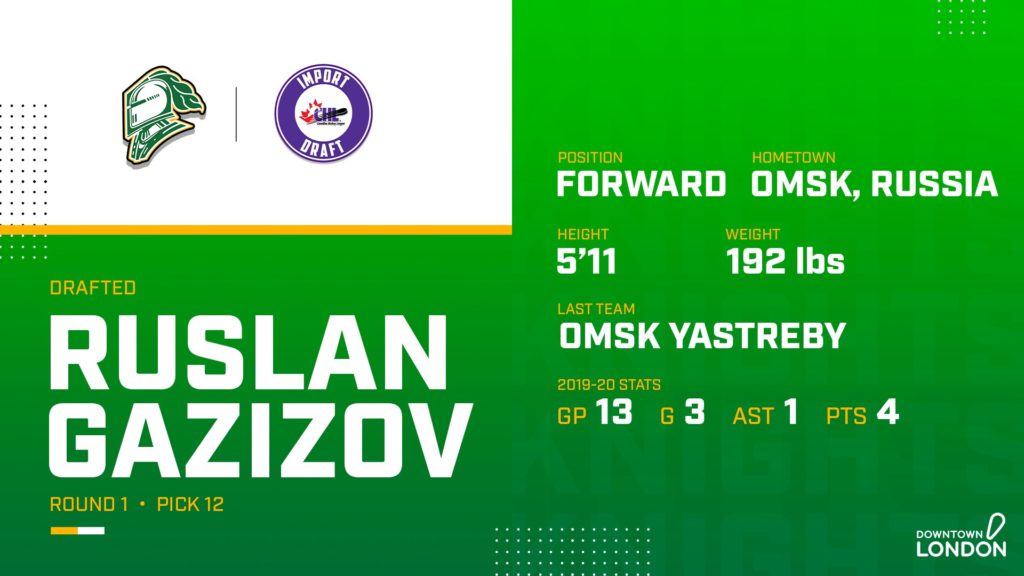 Gazizov is one of the top players from a strong 2004 birth year in Russia. He is a highly skilled forward in the mould of his compatriots Alex Ovechkin, Nikita Kucherov, and Artemi Panarin. The 17-year-old is a member of the Avangard Omsk system and spent the season splitting time between the under-17 team and the junior team, Omskie Yasterby.

Should he report to London, Elite Prospects’ Russian scout Dylan Griffing thinks he will be an entertaining player for Knights fans to watch.

“He’s just a ton of fun – a pure skill player by the book,” said Griffing. “He makes most of his chances by driving towards the net with all sorts of handles. He has a good release on his shot, but definitely projects more as a playmaker to me.”

Steven Ellis, Web Editor at The Hockey News, also sees a bright future for Gazizov but sees him more as a goal-scorer.

“He picks his corners well and isn’t afraid to get busy around the crease,” said Ellis. “He definitely has the potential to be a big-time scorer in the OHL.”

London has had success drafting from Russia in years past: Knights faithful might reminisce about Vladislav Namestnikov when they see Gazizov. The Detroit Red Wings forward, who led the Knights to a J. Ross Robertson Cup in 2012, put fans at Budweiser Gardens on the edge of their seat nearly every time he played.

Although he was a defenseman, Nikita Zadorov, who also won an OHL Championship with the team in 2013, had a similar penchant for the audacious. The fan-favourite was prone to making end-to-end rushes and huge hits.

Before Namestnikov and Zadorov was Maxim Spiridonov in the late nineties, who led the team in scoring back when they played at the Ice House.

Of course, should Gazizov come to London he will join his countryman Kirill Steklov, who was his opponent this year in the MHL.

As mentioned before, Gazizov is a member of the 2004 age group that won gold at the 2020 Youth Olympics in Lausanne, Switzerland. He finished fourth in team scoring with four goals and an assist in four games.

In the finals, he scored the third goal in a 4-0 victory against the USA.

The age group, led by phenom Matvei Michkov and Ivan Miroshnichenko, will likely reunite in August for the Hlinka Gretzky Cup in Břeclav, Czech Republic, and Piešťany, Slovakia.

Since they last played a game, the Knights have added an array of talent through two OHL Priority Selections and two import drafts, as well as by signing 2019 picks, Liam Gilmartin and Ethan MacKinnon.

It was announced hockey will return to Budweiser Gardens on Friday, October 8th at 7:30 p.m. – and Knights fans have plenty to get excited about. 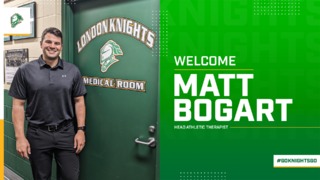 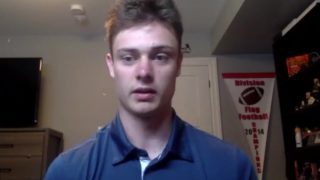