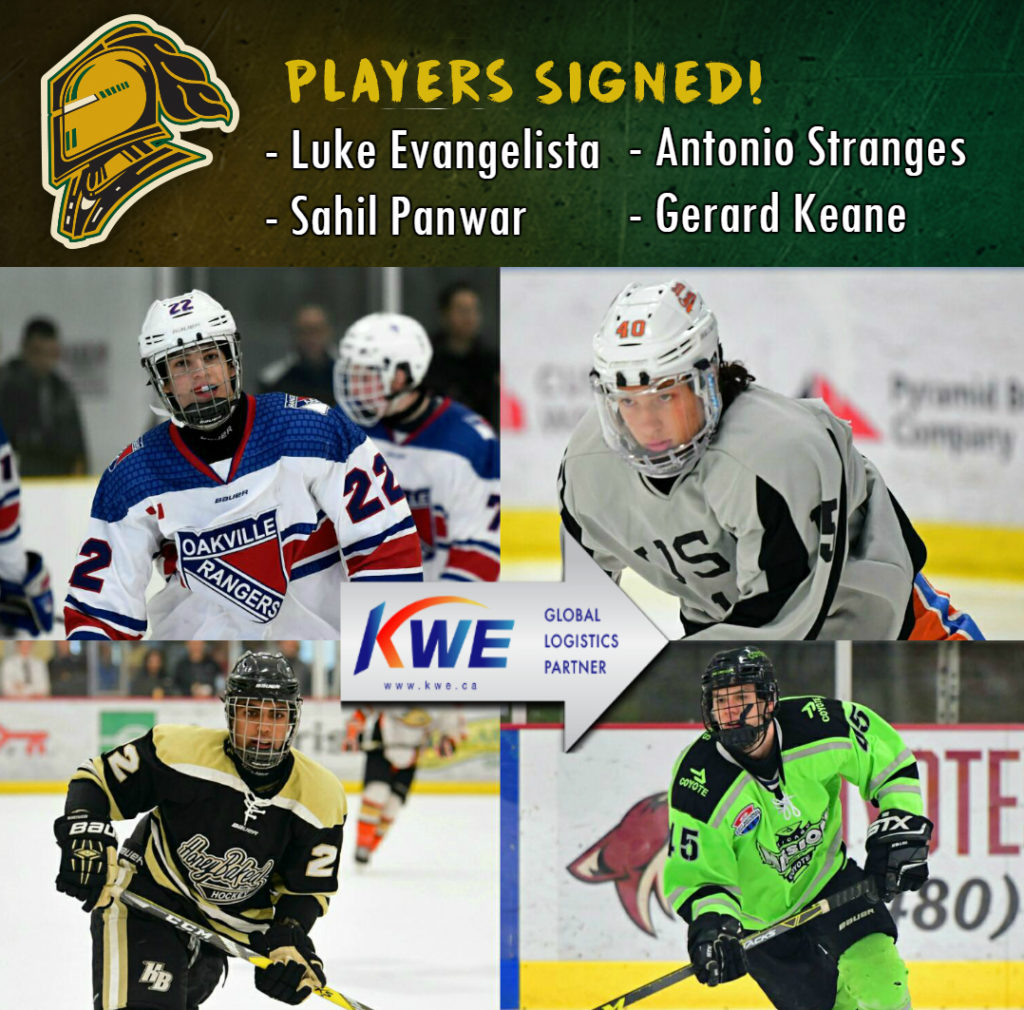 The London Knights are proud to announce that the team has signed the first four picks of their 2018 OHL Priority Selection.  Luke Evangelista, Antonio Stranges, Sahil Panwar, and Gerard Keane have all signed OHL Standard Player Agreements with the London Knights.

“We are very excited to welcome Luke, Antonio, Sahil, and Gerard to the London Knights,” said team General Manager, Rob Simpson.  “Each of these players have a strong skill set that complement each other and will be cornerstones of our franchise as we are building towards another Memorial Cup championship.”

Evangelista was selected in the first round (14th overall) of the 2018 OHL Priority Selection, with Stranges (21st overall) and Panwar (23rd overall) being selected in the second round, with Keane (42nd overall) in the third round.

“We are looking forward to seeing these four young men in our lineup for years to come,” said London Knights Owner, President, and Head Coach, Dale Hunter.  “They will bring a great amount of skill to our team and will be sure to excite the fans whenever they step on to the ice.”

Evangelista, Stranges, Panwar, and Keane will all take part in the Knights mini training-camp taking place at Budweiser Gardens on April 21st, and April 22nd.