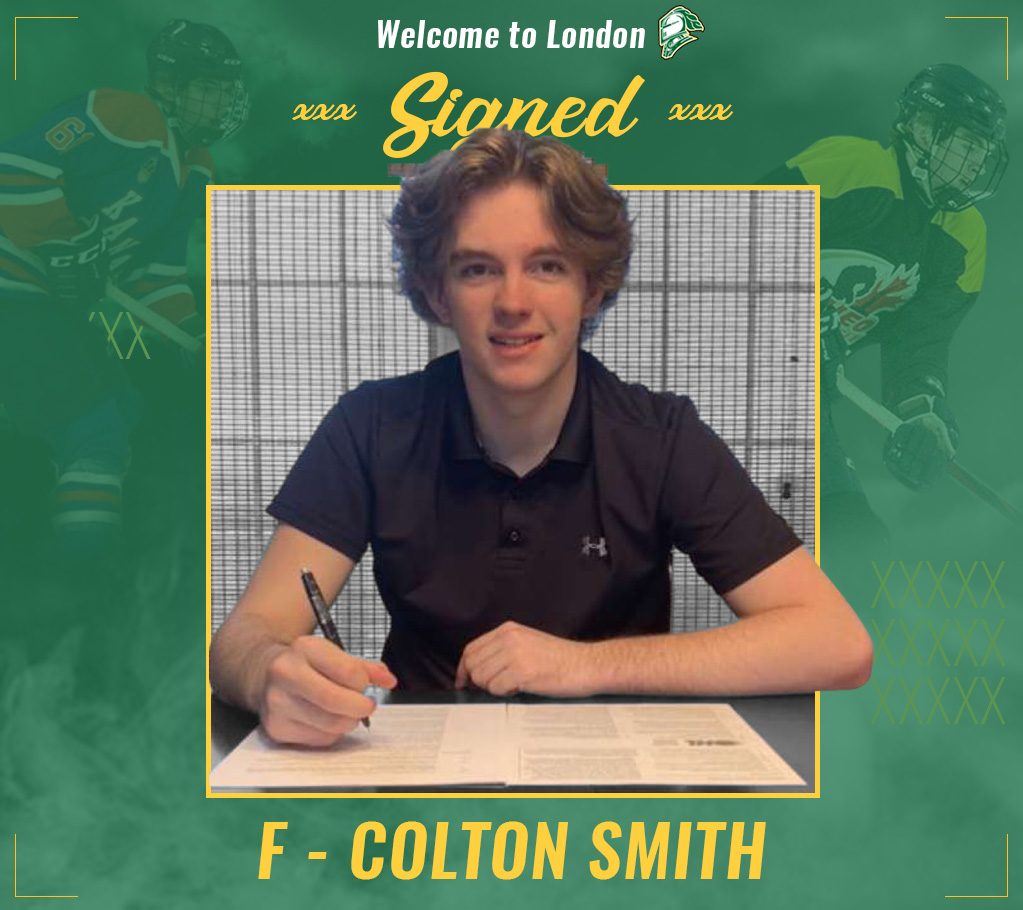 The London Knights are excited to announce that the team has signed another one of their
second-round draft picks from the 2020 OHL Priority Selection, Colton Smith. Smith was drafted
25th overall.

“Colton is an offensively gifted forward that is able to use his size to create space and make
plays,” said Mark Hunter, Co-Owner and General Manager of the London Knights. “We are
pleased to welcome Colton to the London Knights organization and we look forward to having
him here in London and watching his continued development.”

Smith was the Knights’ second selection from the Kanata Lasers program during the 2020 OHL
Priority Selection; selecting Ben Bujold with their first selection, 19th overall. Known for his size
and scoring prowess, Smith collected 47 points (25 goals and 22 assists) over 41 games this past
season. He possesses a strong shot that he can release quickly which allows him to be effective
throughout the offensive zone. Smith hails originally from Windsor, Ontario.