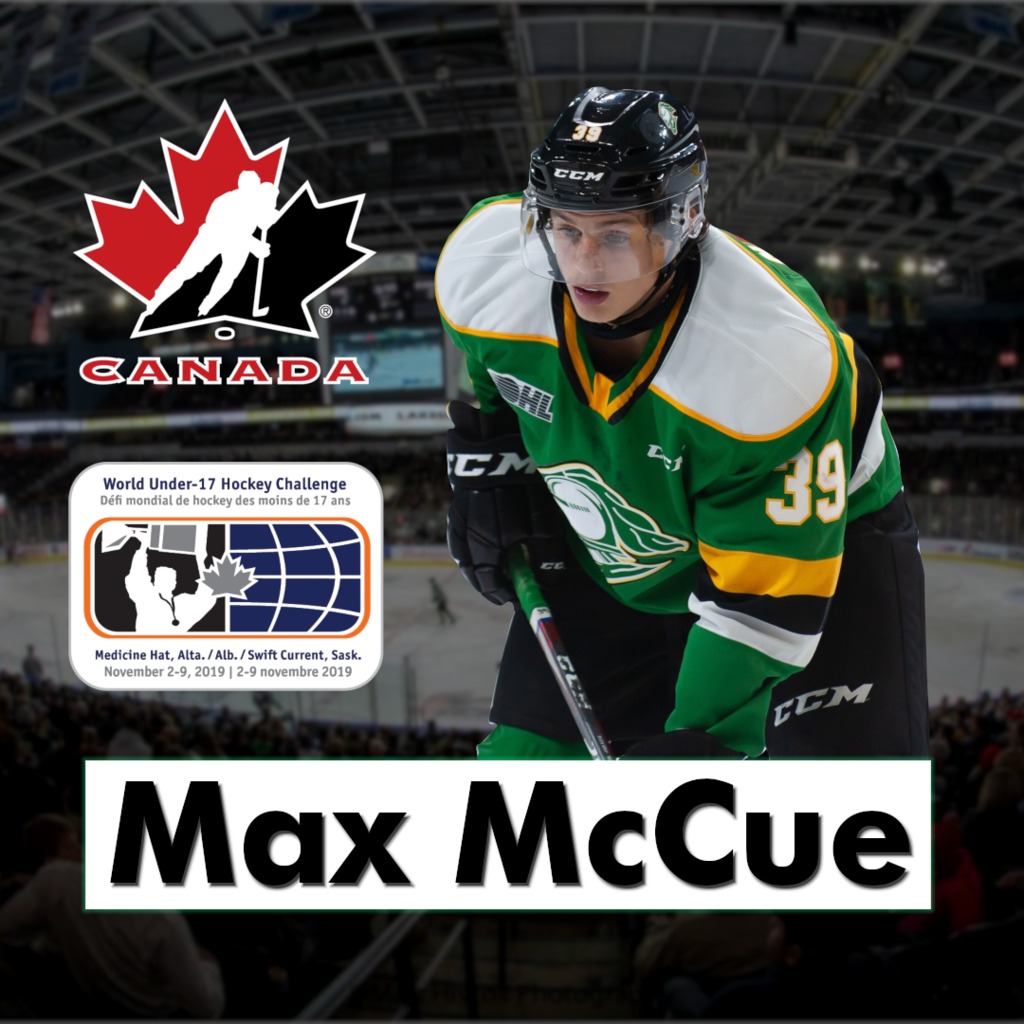 London Knights’ forward, Max McCue has been named to Team Canada’s roster for the upcoming 2019 World Under-17 Hockey Challenge.

McCue was selected by the Knights in the 2nd Round of the 2019 OHL Priority Selection, 34th overall. This will be his first-time representing Canada at an international event. McCue was one of 112 players that attended Hockey Canada’s National Under-17 Development Camp this past summer.

The 2019 World Under-17 Hockey Challenge will take place in Medicine Hat, Alberta, and Swift Current, Saskatchewan from November 2nd to 9th. The 66 players named to Team Canada’s roster will be divided into three teams for the duration of the tournament – Team Canada Black, Team Canada Red and Team Canada White. These three teams will compete against teams from the Czech Republic, Finland, Russia, Sweden, and the United States.