REGULA NAMED OHL DEFENSEMAN OF THE MONTH FOR FEBRUARY 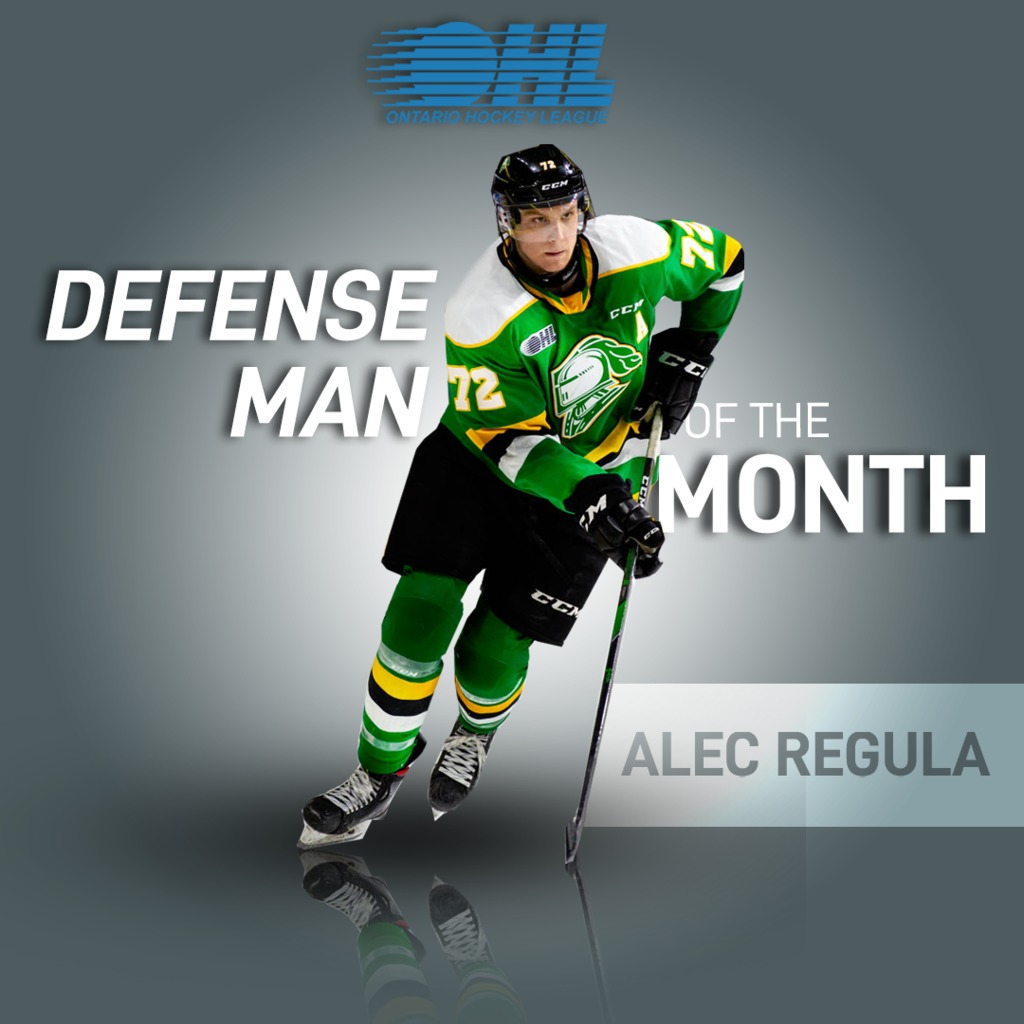 The month of February saw Alec Regula play some of the best hockey in his Ontario Hockey League career. In the 11-game stretch, Regula collected 18 points, earned a plus/minus of plus-10, and recorded his first OHL hat trick.

Regula has served as co-captain alongside Liam Foudy. Under the leadership of these two young men, the Knights have had some incredible results. The team has had four separate winning streaks of five games or more, with the longest being 10. The Knights were the first team in the Western Conference to attain a playoff berth and still hold the top position. What might be most impressive, however, is that they have only lost one home game in 2020.

Looking forward to the playoffs, Regula will look to guide the team back to the top of the league. With his defensive awareness and natural leadership skills, Regula, Foudy, and the rest of the Knights make it all too easy for Knights fans to look past the OHL championship and set their sights on Kelowna. 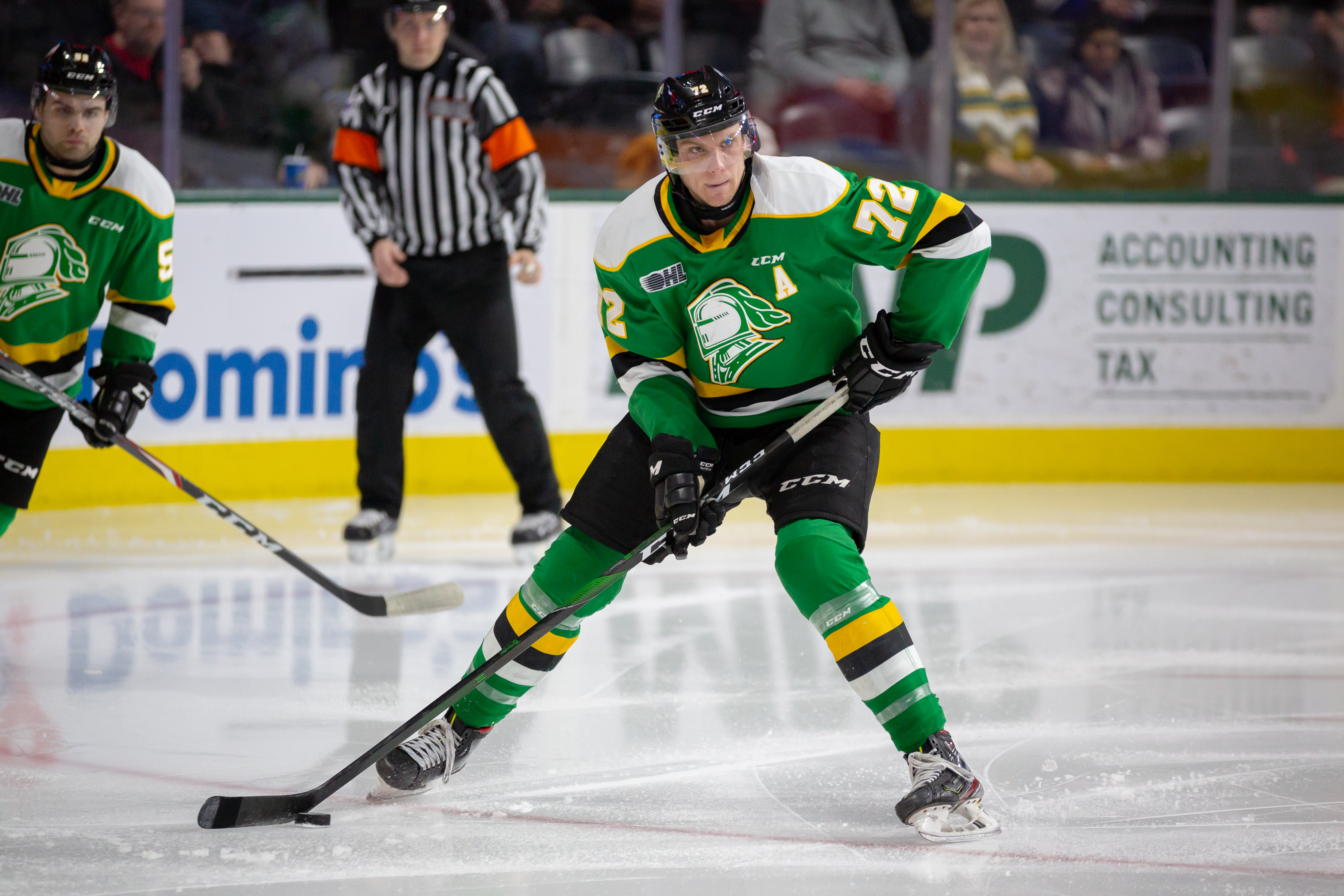