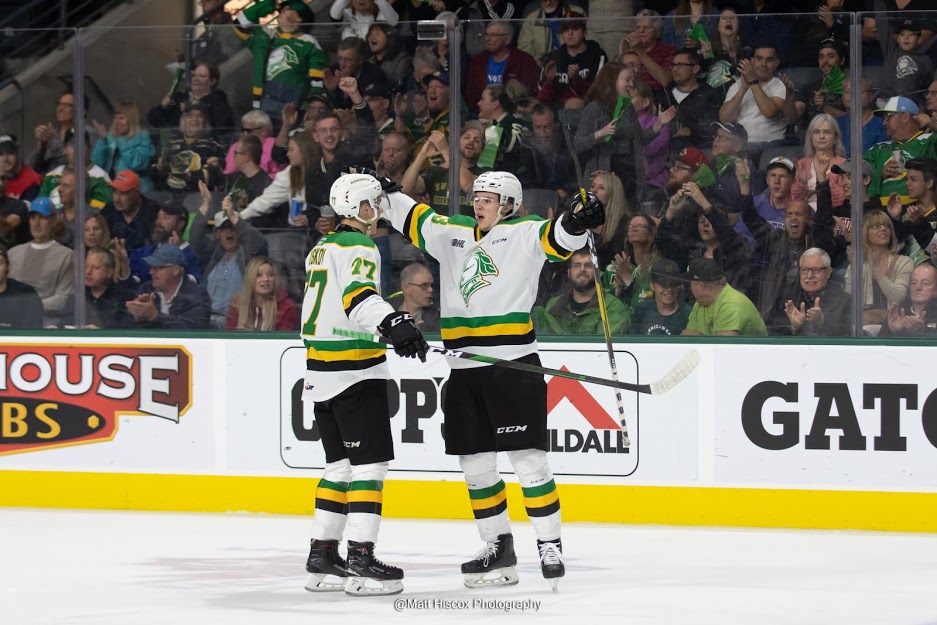 Though the result of Friday night’s game against Peterborough might not have been what the Knights wanted, Hunter Skinner’s personal performance was more than he could have hoped for. Striking first almost sixteen minutes in, Skinner’s shot from just inside the blue line found a path directly past Hunter Jones, giving the Knights the early lead.

Skinner’s second goal would come mid-way through the third period. The defenceman’s slapshot made its way through a sea of bodies before eventually finding the back of the net. To Skinner’s own surprise, the shot not only went in, but was also awarded to him.

The eighteen-year-old was selected by the New York Rangers in this year’s NHL draft, and it is clear to see why. After a remarkable performance in his first game as a Knight, Skinner still made it clear that what mattered more was team success. Even during his post-game interviews, it was clear that his mind was already on their next game against the Barrie Colts on Saturday night.