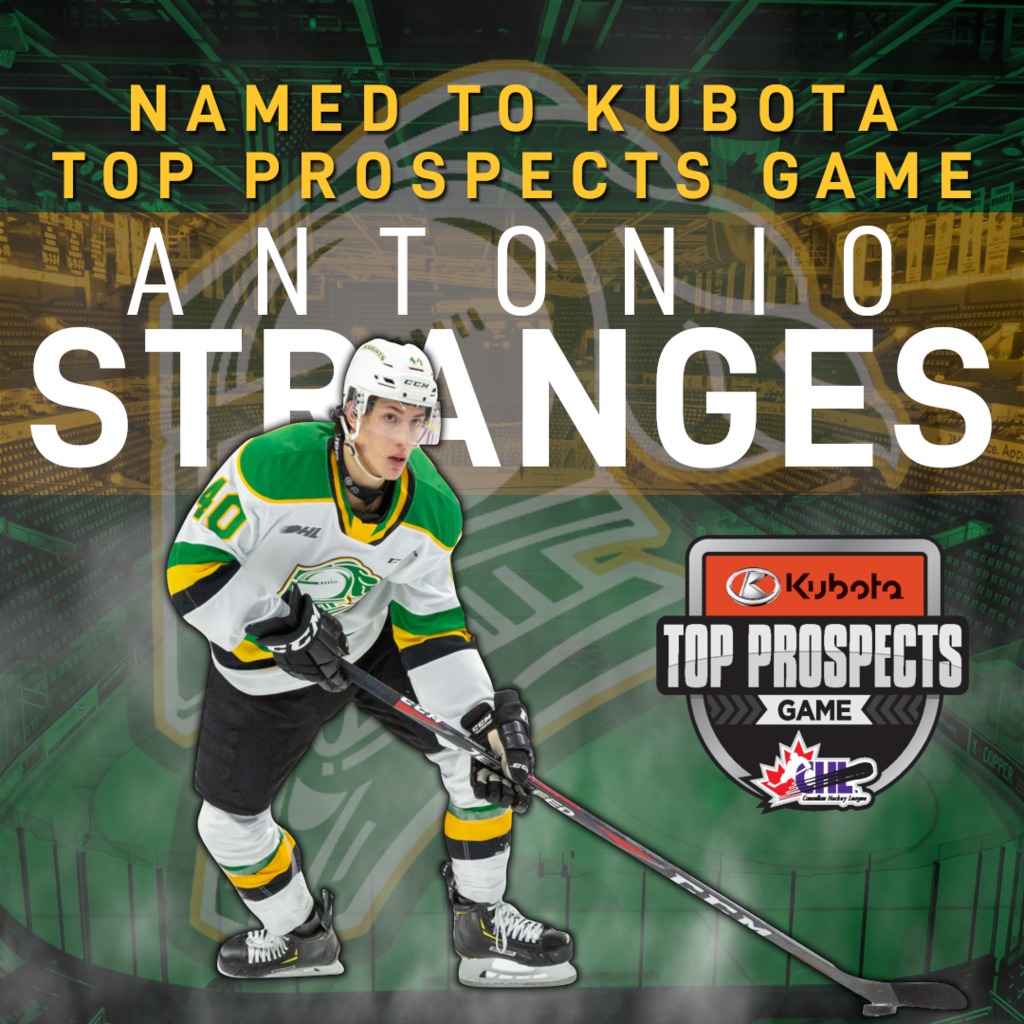 On Monday afternoon, London Knights second year forward Antonio Stranges was named to the CHL Kubota Top Prospects Game. Stranges will join NHL draft eligible players from across the Canadian Hockey League as they compete in the CHL’s annual showcase of the top draft eligible talent.

Stranges is in his second season with the Knights after being a second round selection, 21st overall, in the 2018 OHL Priority Selection. The native of Plymouth, Michigan, has 14 goals and 11 assists through 29 games played so far this season. Stranges was named the London Knights Rookie of the Year last season after posting 34 in 66 games as a 16-year old. NHL Central Scouting ranked Stranges as an ‘A rating’ in their Players to Watch Report for November ahead of the 2020 NHL Entry Draft in Montreal in June.

The 2020 CHL/NHL Kubota Top Prospects Game will be hosted by the Hamilton Bulldogs on Thursday January 16, 2020 at the FirstOntario Centre.

For the 25th straight year this event will showcase top NHL Draft eligible talent featuring players from across the OHL, as well as the Quebec Major Junior Hockey League and the Western Hockey League competing before hundreds of NHL scouts in attendance.