THE KNIGHTS HAVE TRADED AVERY WINSLOW TO THE NORTH BAY BATTALION 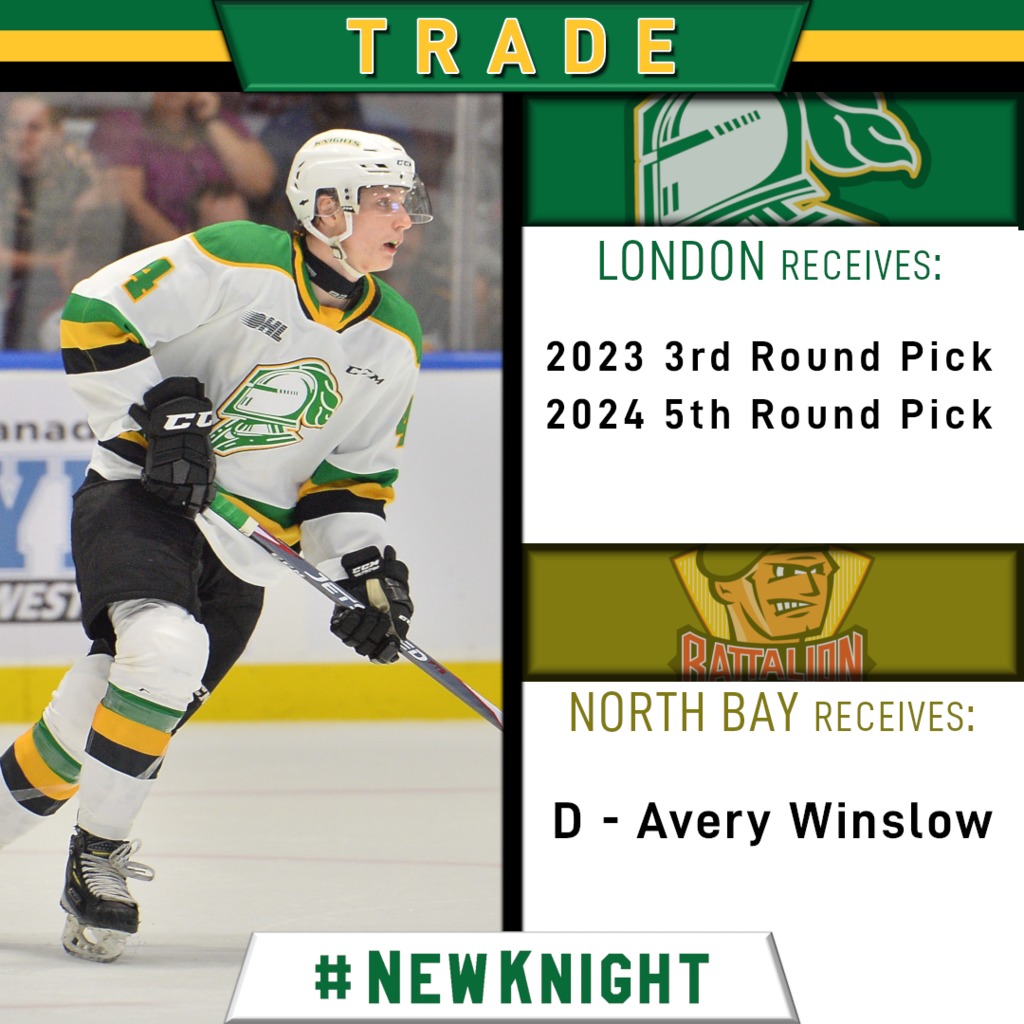 The London Knights would like to announce that they have traded defenceman Avery Winslow to the North Bay Battalion in exchange for 2 picks in the OHL Priority Selection.

“The London Knights would like wish Avery all the best moving forward,” said Knights’ General Manager Mark Hunter. “During his time here in London, Avery showed a tremendous work ethic and approached the game with a strong passion and drive to succeed. We believe that Avery has a bright future ahead of him and we thank him for his commitment to our organization.”

Winslow was originally selected in the 5th Round, 94th overall in the 2018 OHL Priority Selection. The Clearwater, Florida native joined the Knights this past summer after spending last season with the Wenatchee Wild of the BCHL. Through 28 games this season, Winslow has collected one goal and three assists for four points. Winslow is eligible for the upcoming 2020 NHL Entry Draft.