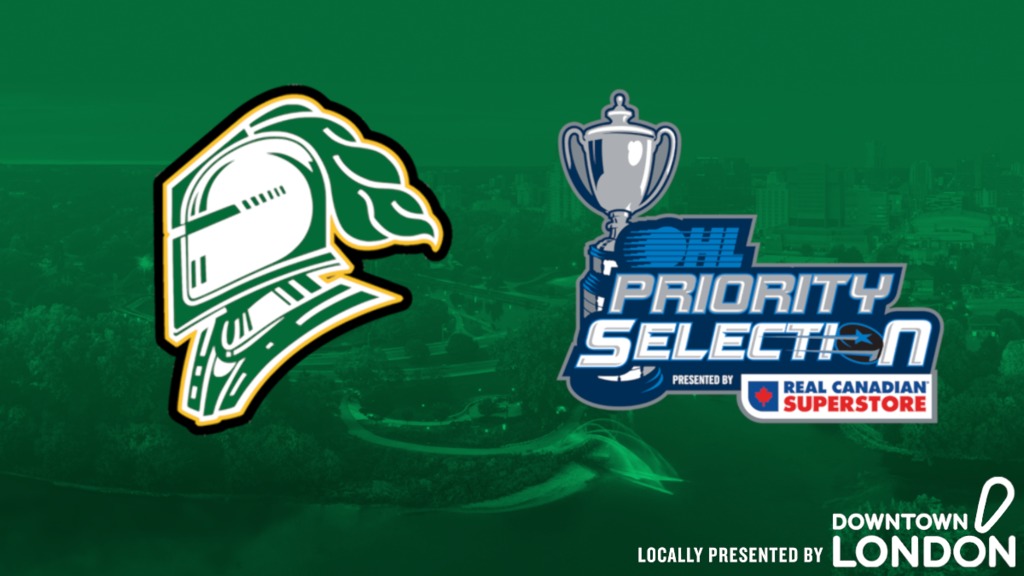 The annual Priority Selection welcomes 300 new players to the OHL as member clubs draft prospects from across Ontario and select US States to join their organization. The Priority Selection is conducted entirely online and eligible prospects, their families and fans are able to watch the first three rounds unfold live on the OHL’s YouTube Channel.

Fan are encouraged to join the conversation as their favourite team adds its newest members by using #OHLDraft on social media.

This past season, 17 players that played for the Knights were acquired through the OHL Priority Selection. Players such as Stuart Rolofs and Max McCue joined the Knights last season through the Priority Selection while Luke Evangelista, Antonio Stranges, Sahil Panwar, Gerard Keane, Sean McGurn, Ben Roger and Brett Brochu were all selected in 2018.

This year, the Knights held 16 picks in the Priority Selection.