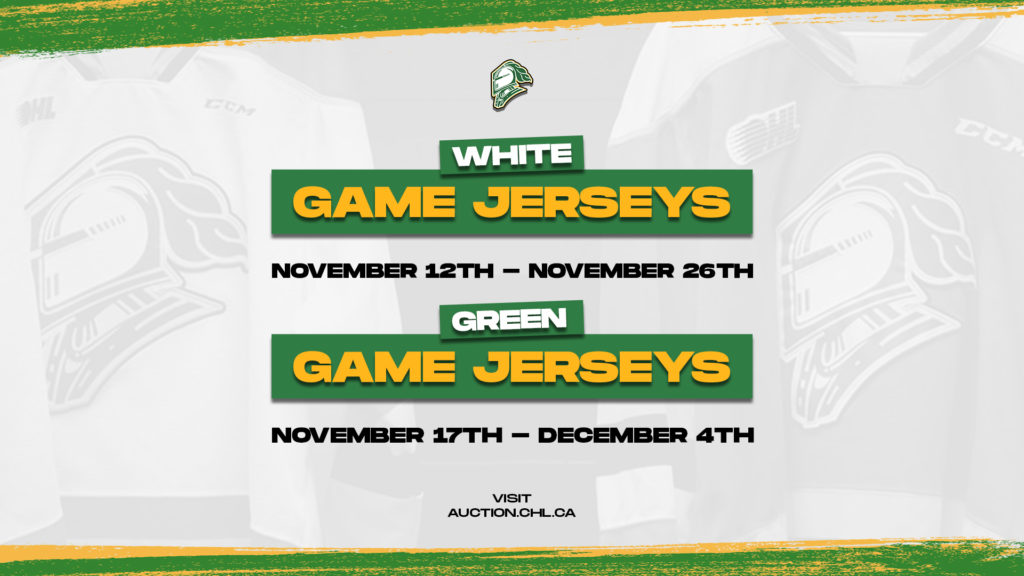 For three seasons and for whatever reason, the London Knights could not beat the Sault Ste. Marie Greyhounds.

A 7-1 victory on Sunday gave London their second consecutive win in the Sault and chased away any of the mastery that the Greyhounds had held over London, dating back to the Matthew Tkachuk-Mitch Marner-Christian Dvorak days for the Knights.

Connor McMichael’s two goals got him to 30 on the season. McMichael is as humble and low-key a hockey player as you can find, but he flashed some flare on his latest milestone as he took a shot from between his legs and picked a top corner on Sault Ste. Marie goalkeeper Bailey Brkin, giving London a 3-0 lead.

When asked about it, McMichael just shrugged but at the same time couldn’t help but smile.

“I don’t know…” said McMichael. “I was just trying to do something different, maybe use a little creativity and it worked.”

The goal was bigger than the highlight reel it will live on as it gave the Knights some breathing room and fought off some push-back from the Greyhounds who had come out hard in the second period. An apparent goal short-handed goal by Zack Trott had been disallowed after it was ruled offside and McMichael’s goal soon afterward took what could have been a one-goal game and gave London a three-goal spread.

“He’s got a great offensive mind,” described Steadman. “To know that the goalie was going to overplay him on his backhand and then be able to do back through his legs was something. Don’t miss the fact that [McMichael] also put it off the bar and in just to top it off. It was a nice play.”

Gerard Keane also scored a pair for the Knights and Luke Evangelista had a four-point afternoon on a goal and three assists, giving him 40 points overall in his sophomore season in the Ontario Hockey League.

“[Evangelista] is rocking,” said Steadman.
“With the guys away [at World Juniors] he got more ice time and it’s to the point that you can play him anywhere and he gets things done and he gets points”

Alec Regula had a goal and two assists and McMichael added an assist for a three-point afternoon and a first star nod.

The Knights jumped out to a 2-0 lead in the first period on a pair of goals that both came off rebounds. Gerard Keane knocked in his own rebound at 9:09 and then McMichael poked a puck past Brkin exactly 60 seconds later.

After McMichael’s goal made it 3-0 in the second period, London cashed in on the power play on a backhand by Alec Regula to go ahead by four goals.

Joe Carroll scored on a breakaway to cut into the Knights lead but a second goal on the man advantage by Liam Foudy had London back in front by four through 40 minutes.

Keane and Evangelista added late third period goals to close out the scoring.

The Knights got the first five power plays of the game and went 2-for-6 overall. They held the ‘Hounds off the scoreboard on the man advantage on the two chances Sault Ste. Marie was given.

The Knights will return home on Friday, January 17 at 7:30 as they raise Patrick Kane’s number 88 to the rafters and then play the Sudbury Wolves. 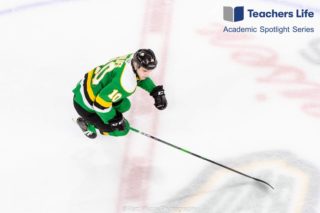 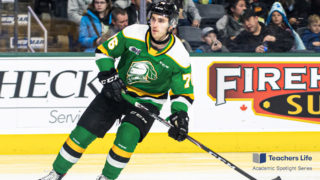 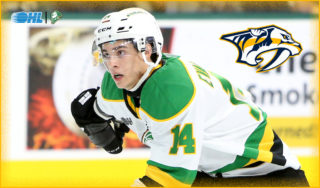